On the inside of the building, a floor is provided with screed every week and the apartments are then provided with the custom floor plans. Metal stud walls are being placed in the lift portals and parking basement, ceilings are being mounted and a lot of plastering work has already been carried out. In addition, the installer is working with a large team to assemble the many installations and to set up technical rooms. A number of additional (buyer's) wishes are also implemented. In this phase of the construction, the buyers are happy to come and have a look at their future apartment and new interested buyers are also coming forward.

In the coming period, the utility parties will start constructing the facilities. In addition, the tower crane will be dismantled. Both are an enormous logistical challenge due to the limited space that requires close consultation with the municipality. We are working towards an expected delivery in the first quarter of 2022. 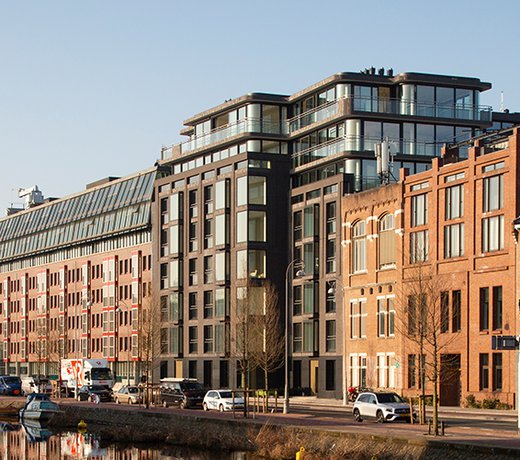